To create my animated GIF I started with a simple sketch of a Lego brick (a personal favorite). Once sketched, I scanned the sketch and brought it in to Adobe Illustrator where I proceeded to trace the various shapes that make up the brick. I used the rectangle tool to create the front and back of the brick, the pen tool for the for the top and sides and the ellipse tool combined with the pen tool and shape tool to create the bumps on the top of the brick. Once one brick was done I used the gradient tool to make the brick have a sense of depth and the bumps seem curved.  Once the brick was done copied the brick over and adjusted the colours repeating this step until all the bricks were done. 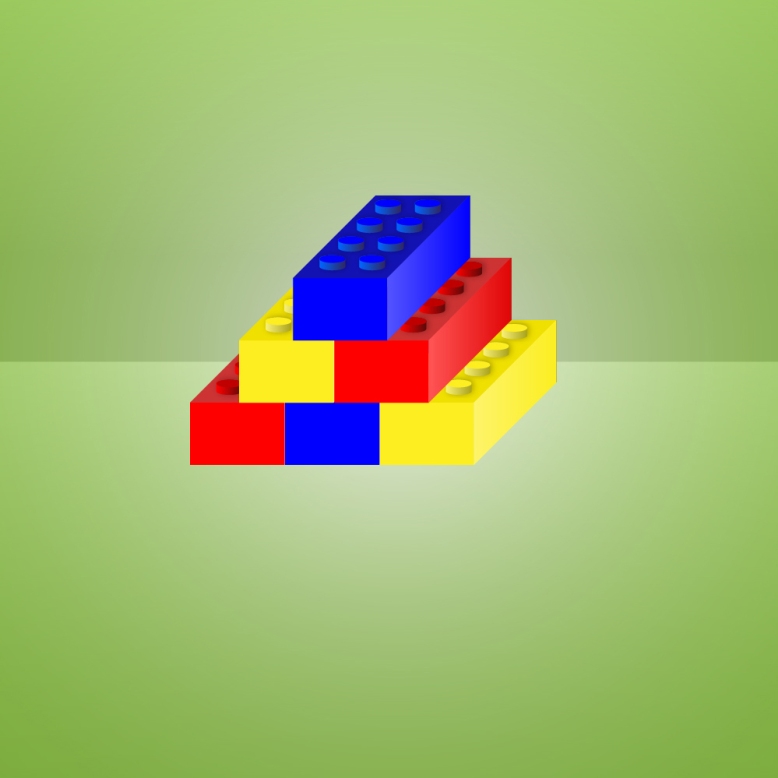 Once I was happy with the illustrator file, I created a new Adobe Photoshop file. I then copied my background, and all the coloured bricks. I turned off the layer visibility of all the bricks except the first red brick and moved above the canvas. Once this was set up I created a new frame in the timeline and moved the first red brick into its final position then I added 10 tween frames in between the two frames. I repeated this steps for all the bricks until they were all stacked. Finally, I exported the file as a GIF.